Trusses are comprised of many small beams that together can support a large amount of weight and span great distances. In most cases, the design, fabrication, and erection of trusses are relatively simple. However, once assembled trusses take up a greater amount of space and, in more complex structures, can serve as a distraction to drivers. Like the girder bridges, there are both simple and continuous trusses.

The small size of individual parts of a truss makes it the ideal bridge for places where large parts or sections cannot be shipped or where large cranes and heavy equipment cannot be used during erection. Because the truss is a hollow skeletal structure, the roadway may pass over or even through the structure allowing for clearance below the bridge often not possible with other bridge types. Trusses are also classified by the basic design used. The most representative trusses are the Warren truss, the Pratt truss, and the Howe truss. The Warren truss is perhaps the most common truss for both simple and continuous trusses. For smaller spans, no vertical members are used lending the structure a simple look. 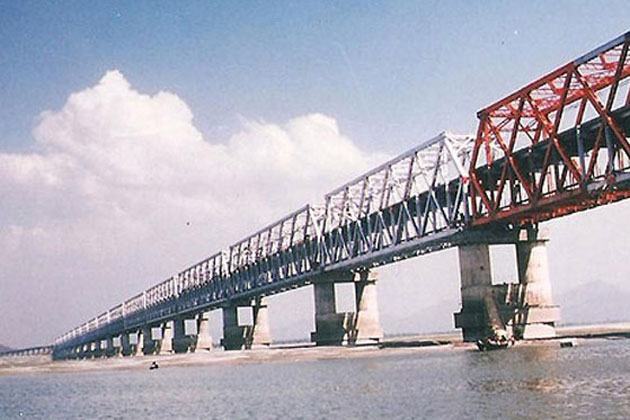